Corporeality has gotten a couple of very nice reviews and I've been interviewed by BookLoverBook Review about the collection.  Take a look.
Publishers Weekly review: http://www.publishersweekly.com/978-1-927409-03-9

Some exciting events happening this month and next, all having to do with my new Corporeality collection of stories.  Here's a list:
Wednesday, February 20:  My son Tobias and I will be interviewed on the public radio program, Roundtable, hosted by Joe Donahue at WAMC Northeast Public Radio.  (www.wamc.org ).  Tobias's new book is a novella, The Fair Grounds, published by P.S. Publishing in the UK.

Today is the day that Corporeality is officially released!  It's now available online at Amazon, Barnes and Noble, and also in book stores (and directly from Able Muse Press, of course).  Yay!  I'm excited and very pleased with the lovely cover art and the whole feel of the book.  Now I hope that readers are pleased with the stories.

Very proud and excited to announce that my son Tobias's new novella, The Fair Grounds, is now available for preorder from P.S. Publishing in the UK.  This is Tobias's third book, following his novel, The Magician's Study (Turtle Point Press 2004) and his collection of short stories, The Emperor's Toy Chest (P.S.

I've just returned from the residency for Fairfield University's MFA in Creative Writing Program, where I teach fiction writing.  It was held, as always, on Enders Island in CT and it was, as always, an amazing experience.  I delivered the faculty address for the graduation of the 5th cohort of students to receive their MFA degrees, the class called by Daisy Abreu, the student speaker for the event, the "blizzard cohort," since they first arrived on the island in the midst of a huge storm.

It's often been noted, most recently in the New York Times Magazine (Sunday, December 16, 2012), that the poet Emily Dickinson was more famous in her home town of Amherst, MA for her baking than for her writing, during her own lifetime at least.   That makes sense:  she didn't, apparently, hide pieces of her gingerbread in the attic, sewn together with small stitches, as she did some of her poems.  She baked and gave the product away.  She had, I suppose, much less paranoia about her baking than about her confections made of words.  Who doesn't?

A whole lot of new-ness going on!  I am very grateful to Alex Pepple of Able Muse Press, first, for publishing my new story collection, Corporeality, and, second, for doing such a thoughtful, insightful and elegant job with editing the stories, creating the beautiful cover design, and everything else.  The whole process has been a great pleasure and I can't wait to hold the book in my hands. 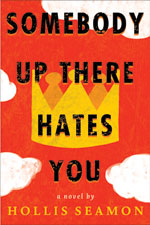 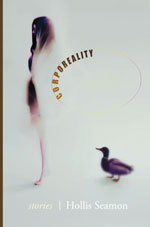 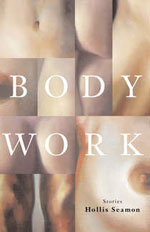 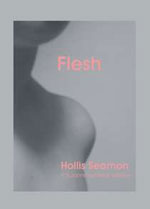 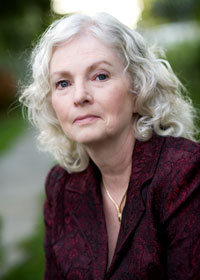 Hollis Seamon lives in Kinderhook NY and teaches for the MFA in Creative Writing Program of Fairfield University, Fairfield CT.

She is the author of a short story collection, Corporeality (Able Muse Press 2013), a gold medal winner in the 2014 Independent Publishers Awards.  Her story “Death is the New Sleep” won an Al Blanchard Award for Short Crime Fiction. Her story “It’s Never Just the Wind” appears in the May/June 2018 edition of Ellery Queen Mystery Magazine.
Hollis is also the author of a young adult novel, Somebody Up There Hates You (Algonquin Young Readers 2013) which was named a 2014 Best Book for Young Adults by the American Library Association and received starred reviews from Kirkus and Publishers Weekly.  Somebody Up There Hates You has been translated into five languages and published in Canadian, French, German, Spanish, Portuguese, and Polish editions.

Hollis has published a previous collection of stories, Body Work (Spring Harbor Press 2000), and a mystery novel, Flesh (Avocet Press 2005).   Her short stories have appeared in Ellery Queen Mystery Magazine, Bellevue Literary Review, Fiction International, The Greensboro Review, The Nebraska Review, Persimmon Tree, The Chicago Review and many other journals.  Her work has been included in anthologies such as The Best of the Bellevue Literary Review (Bellevue Literary Press, 2008), Celestial Electric Set (Emrys Foundation, 2008), and The Strange History of Suzanne LaFleshe and Other Stories of Women and Fatness (The Feminist Press, 2003).  She is a recipient of a New York Foundation for the Arts Fiction Fellowship.